A friend of mine has used a Canon DSLR for a couple of years and is now considering downsizing to something more compact and lighter. Having gone through the same process not long ago, going from aCanon 5D Mk II to a Sony A6000, I mentioned to him Sony line of mirrorless cameras and how compact they are.

He asked if I could post photos of the Sony mirrorless A6000 and the Canon 5D Mk II side by side. So here they are. 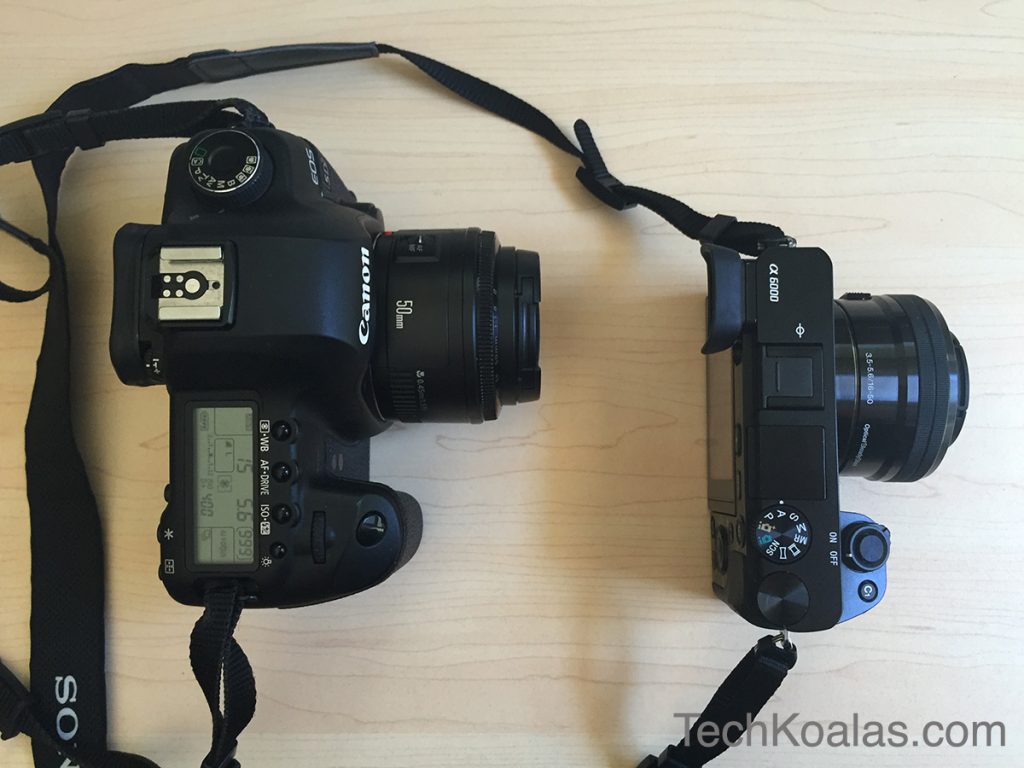 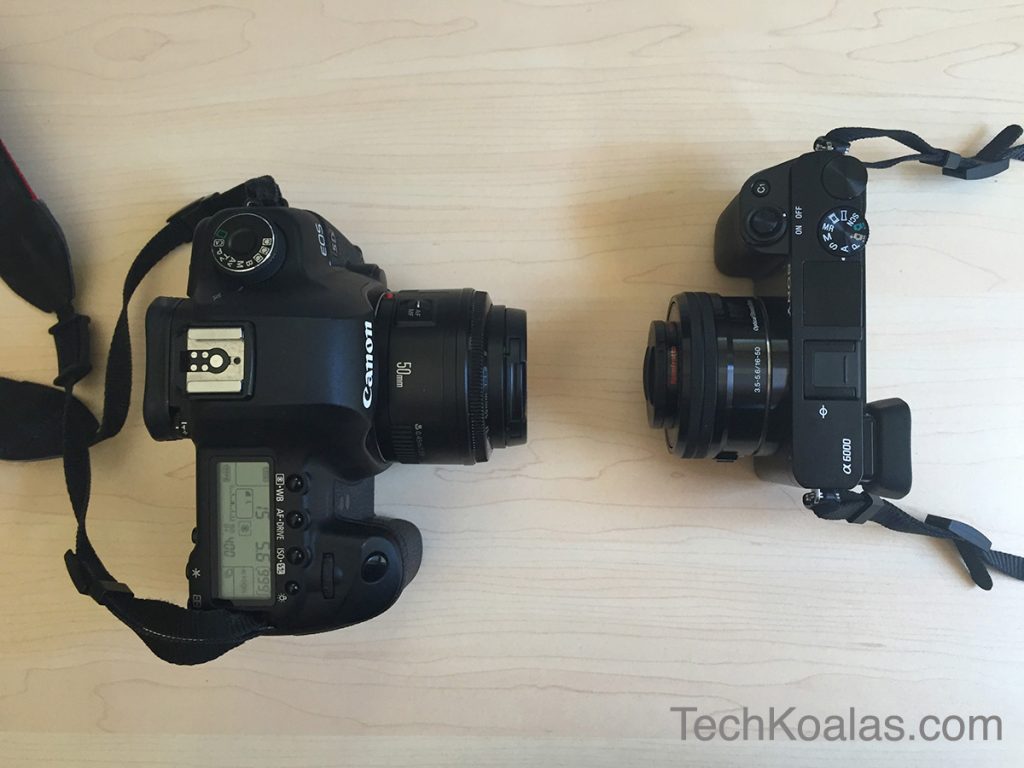 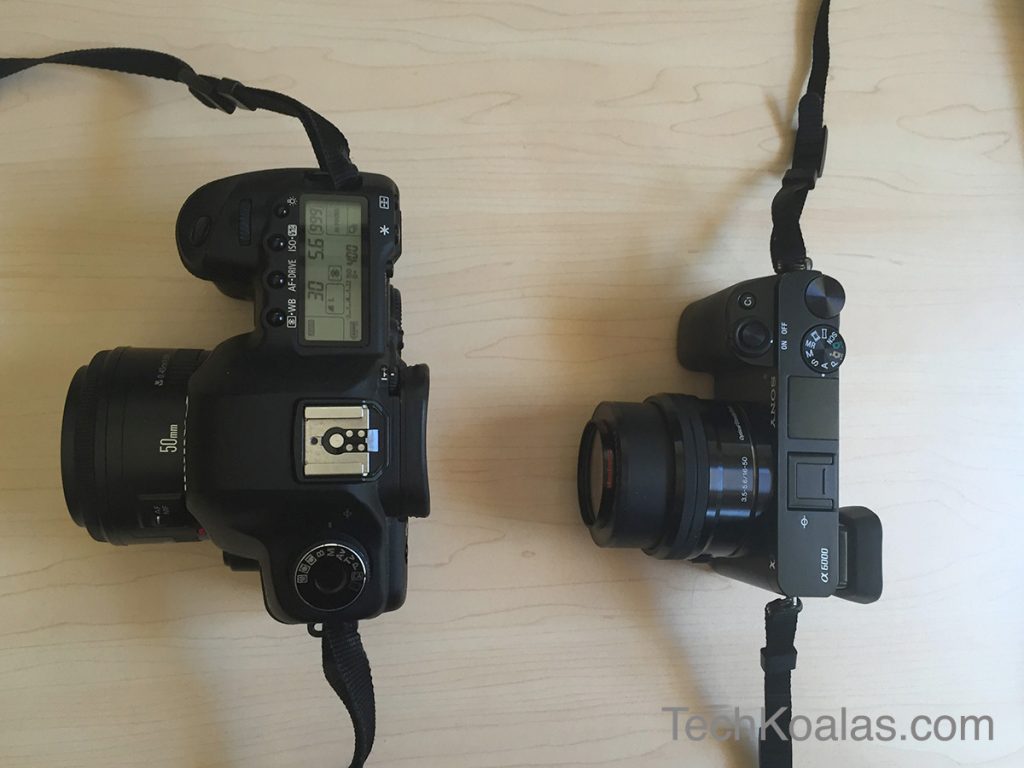 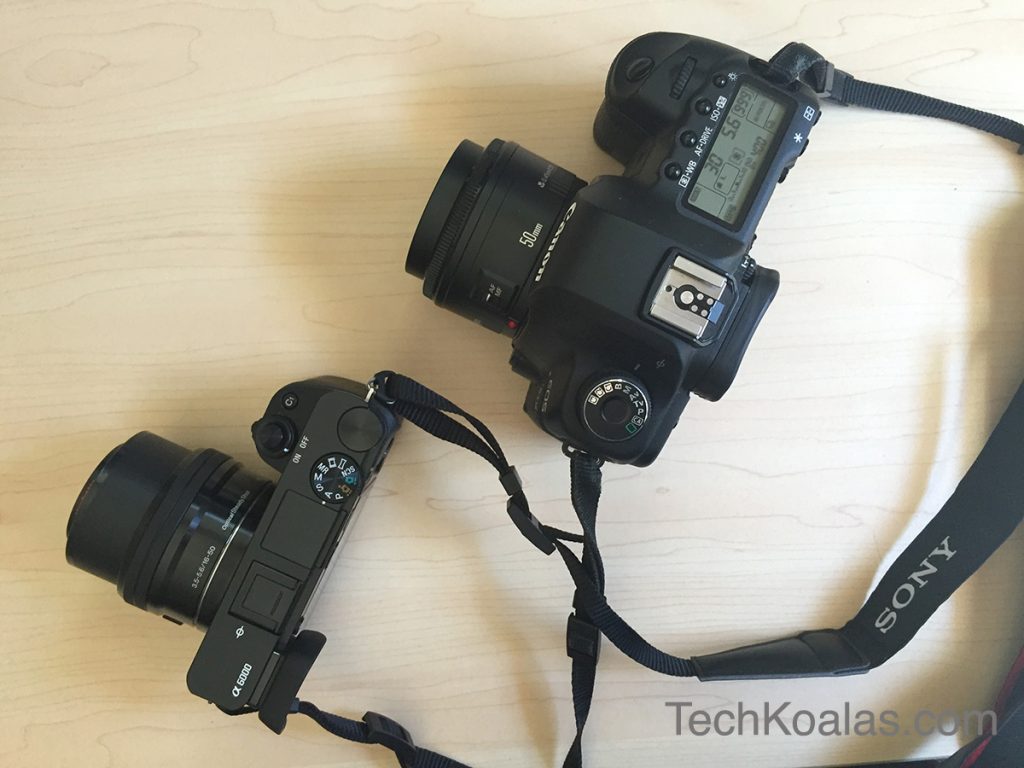 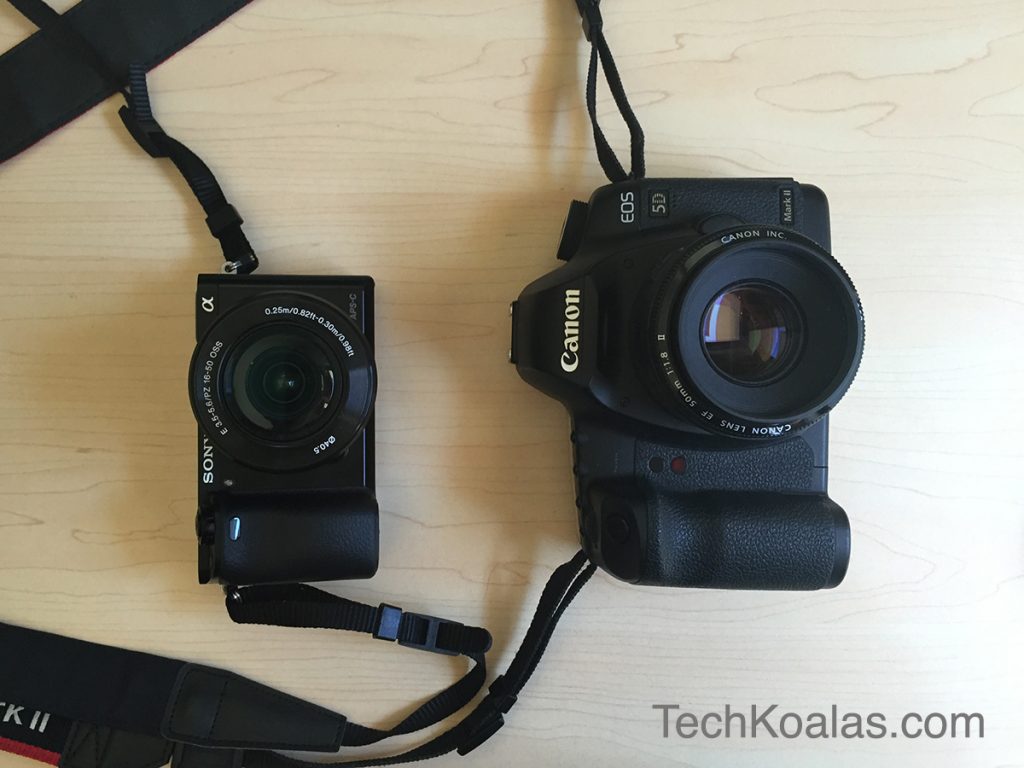 Since I got the Sony A6000, I hardly use my Canon 5D MkII any more. Weight and volume definitely play in favour of the Sony. 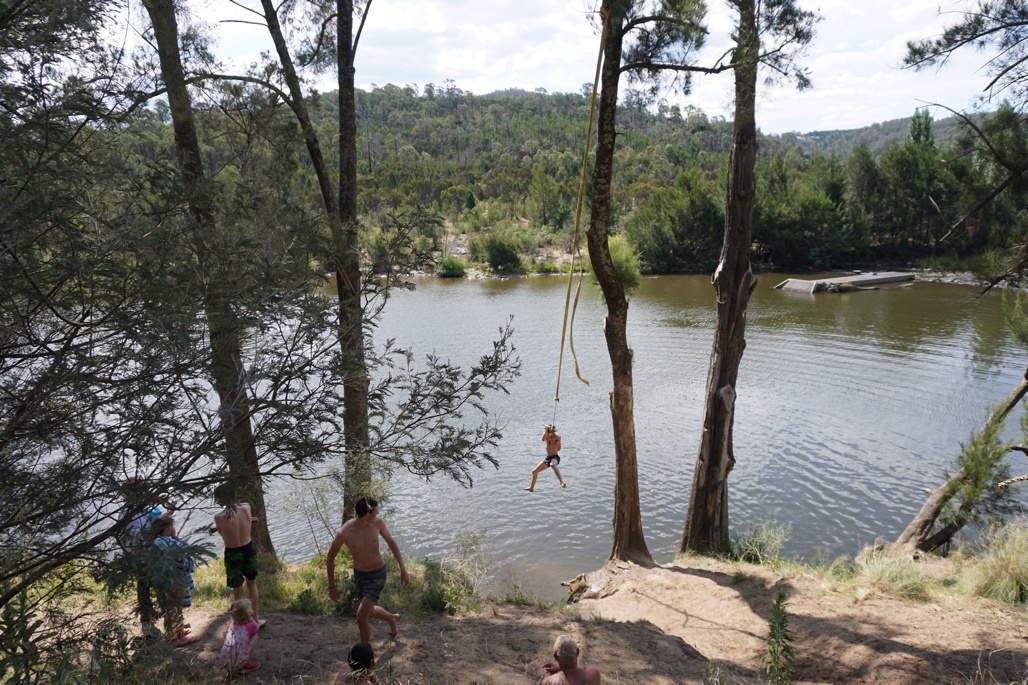 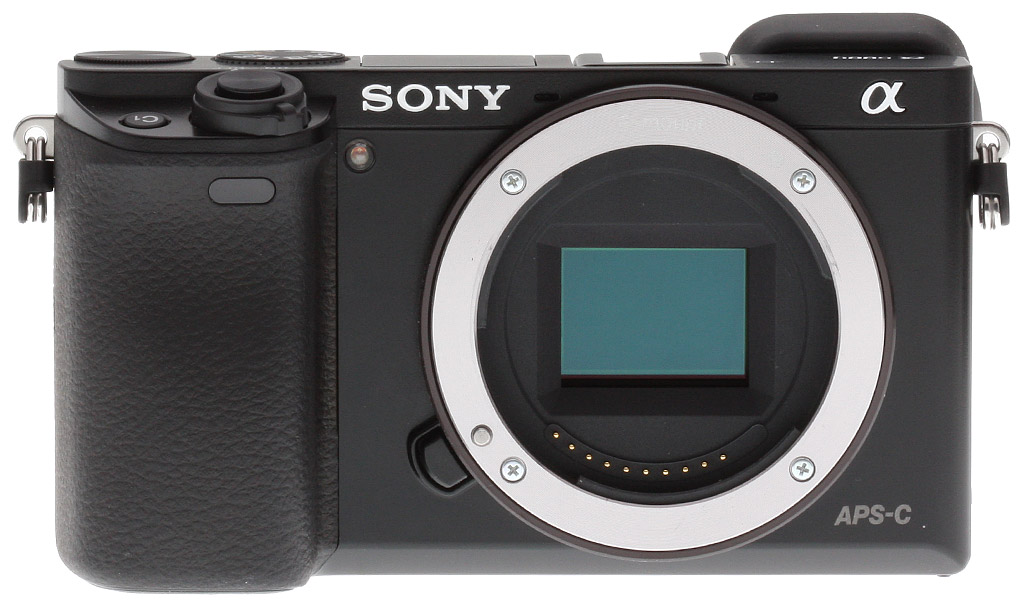 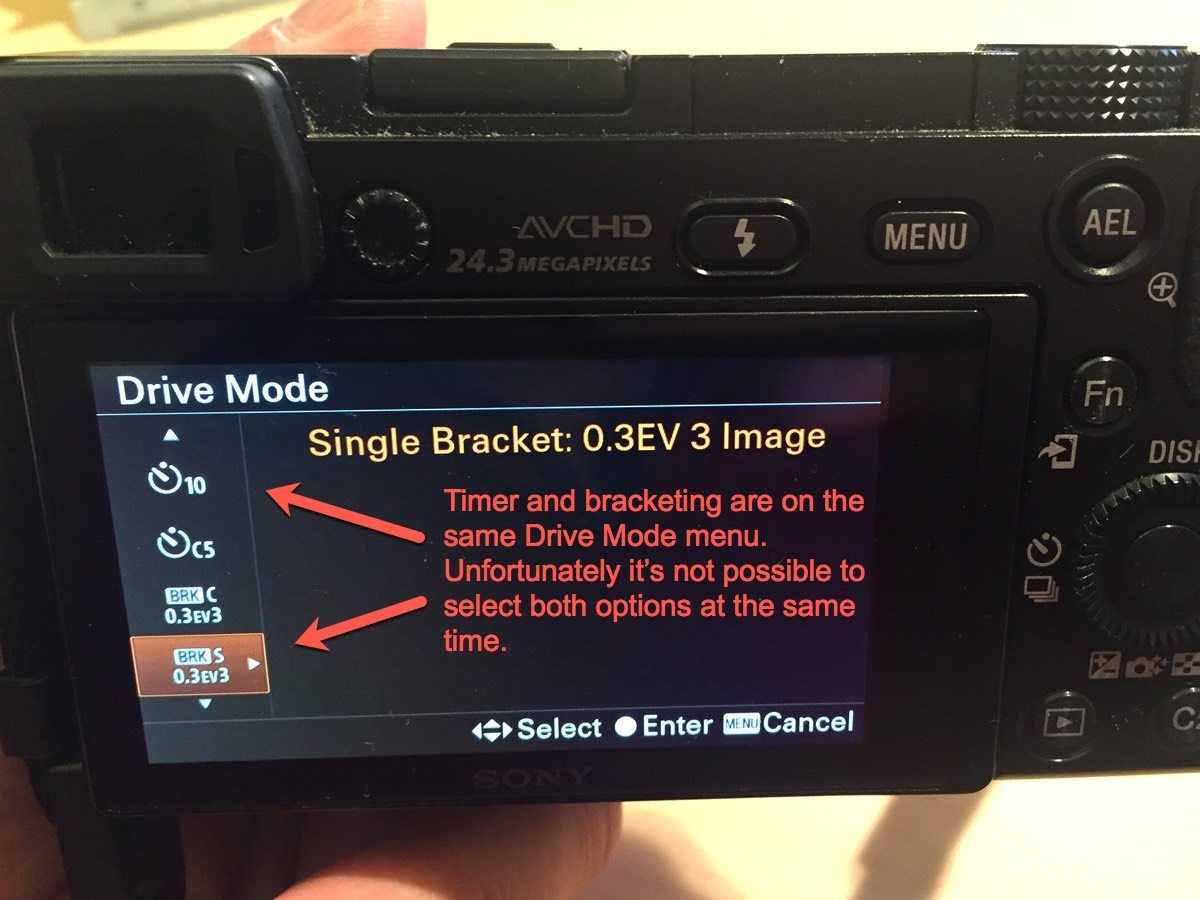 How To Use the Timer and Exposure Bracketing at the Same Time on the Sony Camera A6000? 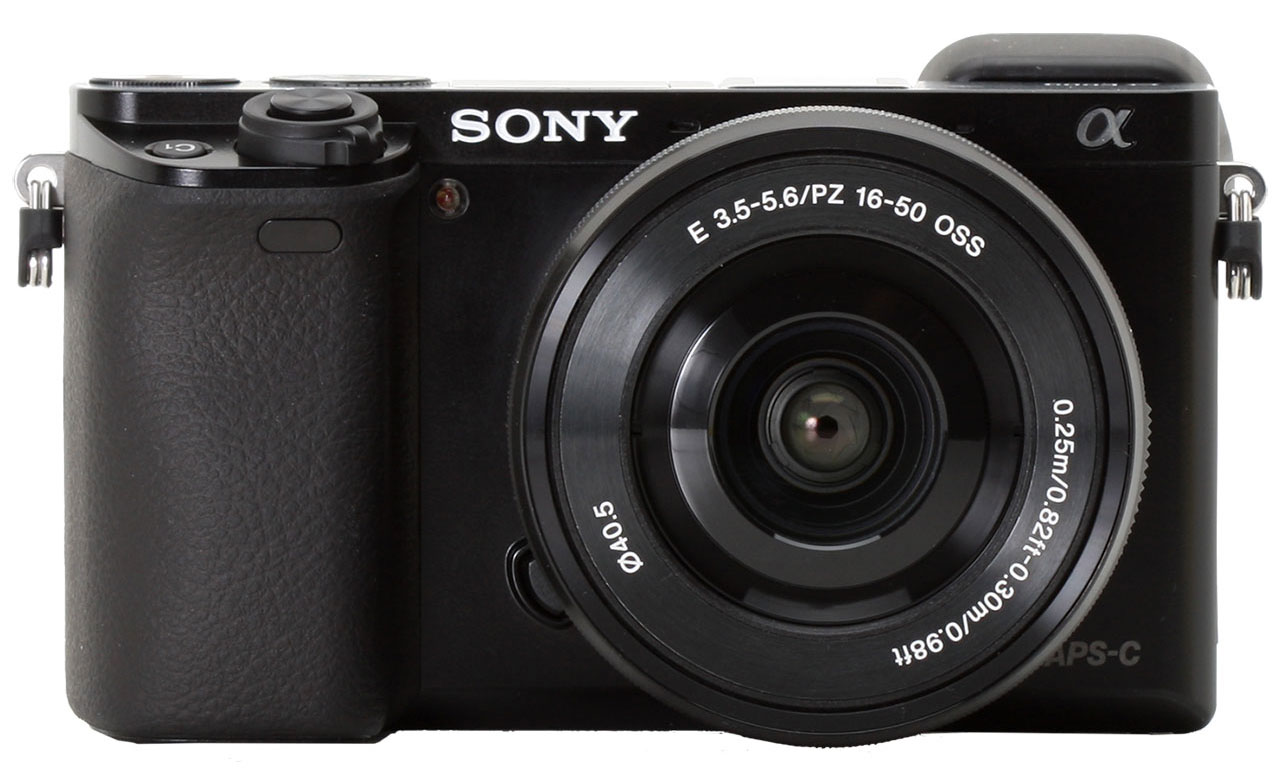